Home
Text AI
GPT-3
Using GPT 3.5 in the command line
I am someone who works a lot with command line programs like terminal or bash. The biggest pain point for me is not remembering a command or options for a command.
Thankfully, I have found a solution – using GPT-3 in the command line.
Let me show you how
We will take a closer tool called plz that uses GPT-3 to convert English into actual commands. We will see how to install it and go through some use cases.
Let’s go.

To install plz, run the following command in your terminal:

Alternatively, you can download the binary for your operating system (OS) from the latest release.

After installation, you may need to close and reopen your terminal.

To use plz, you’ll need to grab an API key from your OpenAI https://beta.openai.com/account/api-keys.
Save the key to OPENAI_API_KEY as follows
export OPENAI_API_KEY=’sk-XXXXXXXX’
You can also save it in your bash/zsh profile for persistence between sessions.

To use plz, run the plz command followed by a description of the task you want to perform.
For example, to get a list of all available options for the plz CLI, you could run the following command:
plz “show me command and options for moving a directory”

To get a full overview of all available options, you can run plz --help.

Arguments:
<PROMPT> Description of the command to execute

Here are a few examples of how plz can be used to automate tasks and streamline your workflow.

To do this, you could run the following command:

$ plz "Create a new directory called 'project', copy the files 'file1.txt' and 'file2.txt' into it, and then push the directory to the remote repository 'origin'"

plz would then generate a script that performs these tasks, which you could then run with the -y flag to execute it without requiring confirmation.

Setting up a development environment

To do this, you could run the following command:

$ plz "Set up a development environment for a Python web application, including installing dependencies, setting up a virtual environment, and running the application"

plz would then generate a script that performs these tasks, which you could then run with the -y flag to execute it without requiring confirmation.

In conclusion, GPT-3/GPT3.5 is a powerful AI tool that can help you auto-generate shell scripts from English.
It can help a developer looking to set up a development environment. It can also help a system administrator looking to automate tasks,
GPT-3 can help you get things done faster. 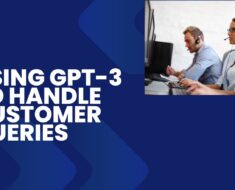 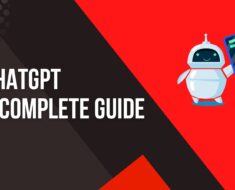