OpenAI Codex is a new GPT-3 AI version that can convert plain English into runnable programming code. For example,

Suppose when I input this prompt to OpenAI Codex in the OpenAI GPT-3 Playground, it gives me the output of the code below the prompt.

As you can see, this is a perfectly fine and runnable python code.

It can also do other tasks related to Code, like translating code from one language to another and explaining already written code in plain English, among other things.

Codex is fine-tuned by OpenAI on a large amount of publicly available code.

Codex, when released first was in Private beta and GPT-3 users are being allowed access on a case by case. Even If you already had access to GPT-3 API, you still needed to separately apply for access.

In order to use OpenAI Codex, you need to first create an account with them and get access to their GPT-3 Playground. Codex is available as one of the models or as they call it engine to be used in the Playground or via their API.

You can use OpenAI Codex AI in two ways:

Let’s go through them one by one.

Using Codex from the GPT-3 Playground

In order to use codex from the GPT-3 Playground,

GPT-3 Playground filled in for Codex use case (before generation) GPT-3 Playground filled in for Codex use case (before generation) You can also use OpenAI codex via OpenAI API in your code. This enables you to build products that uses Codex functionality in them like code generation or code explanation, etc.

This is an example of an API call to codex API in Python:

What programming languages does Codex support?

Codex supports the below programming languages.

Codex is most proficient at Python but does a good enough job at other programming languages.

Interesting use cases for OpenAI Codex with prompts

Here are some interesting prompts for Codex:

Convert code from one language to another using OpenAI Codex

What’s the difference between Github Copilot vs OpenAI Codex?

Codex is also what drives Copilot, the AI Code writing tool from Github.

Github was the first company that got access to Codex API and they built a VS Code Extension called Copilot that provides the functionality of writing code using plain English right in the VSCode IDE.

Github has announced they are working on building Copilot plugins or extensions for other IDEs like Intellisense, etc.

Where can I learn more about Codex?

What is possible with Codex?

I got access to OpenAI Codex. What should I build?

Here are a few ideas…

The possibilities are limitless. 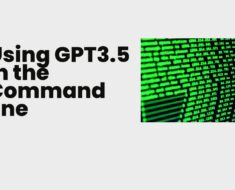 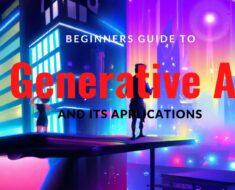